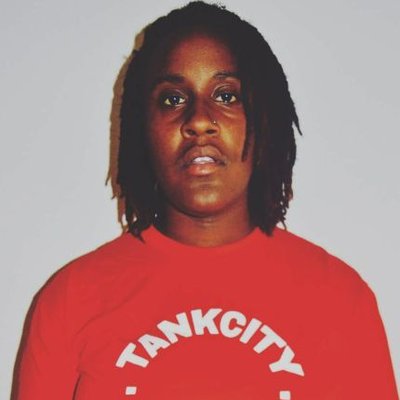 This has been an amazing Summer of musical releases- from both household names to local acts playing around The Bay. Due to global warming a decent part of my Summer has been indoors listening to local songs from some of my favorite acts until the murderous yellow star of our solar systems takes it’s rest on the horizon on our side of the equator to terrorize China. And seeing how I listen to a lot of local music, here is my current Summer playlist of music coming from SJ.

As much as I enjoy the more breathy, inventive style of singing brought on by the age of social media artists, there is something refreshing about hearing a track from a strong vocalist who is not perched behind their production or lofi engineering. The first single from Lena Nelson’s Fourth of July is entitled, “Fireworks”. It is a strong r&b number with a smooth jazzy keys over a fast-paced track all produced by Nebulous.

As on the nose as a track entitled, “Fireworks” released on the 4th of July is, Nelson has delivered a very solid R&B performance, which is included on this list only shortly after my first listen. It mirrors a Kehlani song in terms of the final product; its confident, sexy, and easy on the ears. It seems that she performs with a neo soul band, so I’m curious what her other tracks will sound like. It will be exciting to see what direction Nelson decides to venture into.

Track: How does that sound

Kylah Symone is probably one of the most promising rappers in the city, even standing out among her peers of SJ Hip-Hop collective, TankShit. She has proven it over the past years under her former alias KB Howard. Her flow is dope, her writing and handling of any instrumental is impressive. She varies from classical hip-hop, emotionally heartbroken tracks, to tracks “How does that sound” which is less about the lyrics and more so showing her ability to flow on a beat.

Dreamawake’s production on the track is great as always. A booming bass plays over a bombastic trap beat. “I had to work on my worth” Symone raps over the production, her flow fast paced and hungry. The song feels like a triumphant return to form and the SJ rap commnity is hype about it. It seems like Symone is reinventing her style under this new name. I’m excited to see if this solid start leads to new releases of the same style, or if Symone decides to surprise us…again.

Track: Every Devil’s Got His Angel

Riley introduced us to Mitchell over the weekend. Hailing from San Jose, Mitchell’s demo releases a garage rock sound that coalesces blues with the modern garage rock sound. It has the feel of a new-age lofi rock, but if you were to strip the psychedelic effects and production. San Francisco Bay Area and Orange County have a kinship of this sound molded from acts like Sic Alps, Ty Segall, and The Oh Sees. Mitchell takes these garage rock sounds and adds a more bluesy feel to tracks. It feels a bit cinematic because he lets the instrumentals fill the song versus layering them with pedals and vocal effects.

For demos, these feel like fully realized songs, especially “Devil Feels Like An Angel”. It bounces to slow burn and hits a chorus that reminds the listener of Mitchell’s more pop sensibilities.  I have a feeling Mitchell and others will help grow the garage rock sound to the SJ music scene. And eventually they will be performing at shows that will attract all sorts of fans- aging hipsters who drink quadruple IPAs and 15 years old who wear cuffed mom jeans and smoke Marlboro Reds.

Adna Kaw feels like a colossal project, it could be the various genre blending, it could be the pacing, or the credits on the song. A bit of recent trend for reasons I don’t know, but people are into having large teams of people to create projects. This is important for reasons I will cover in my next piece. But Adna Kaw -Which is Wakanda backwards- is a well versed ride that goes into dark alt-hip hop production to a slower alternative rock break. The execution seems a bit forced at points, but the racially tense vibes over percussion that have an African trap feel make up for the change switch ups that occur.

It feels like Matinee Global plans on making waves in San Jose- possibly by the end of Summer time. We will see what comes of this.

Do you feel like your friend or loved has been wrongly robbed from their spot on the playlist? Submit your work, so we can give it a listen. Riley is writing a list of some of his favorite bands, so be on the lookout for that. Until then, keep your ear local.

And be sure to see our show August 4th at Uproar Brewing.